A university at which there was tremendous animosity and mistrust between the dean and the faculty called Arbinger in for help. The faculty’s unhappiness was reflected in a survey conducted in February 2011. Arbinger consultants worked with the faculty and administration in May 2011, with the objective of resolving these issues. The work with Arbinger led to a tremendous improvement, as evidenced by the results of the same survey conducted in August 2011, three months after the intervention. The faculty satisfaction scores went up from an average of 51.1% to 80.9%, moving from 23 percentage points below the faculty results from comparative schools to almost seven percentage points above the results from the comparative schools. 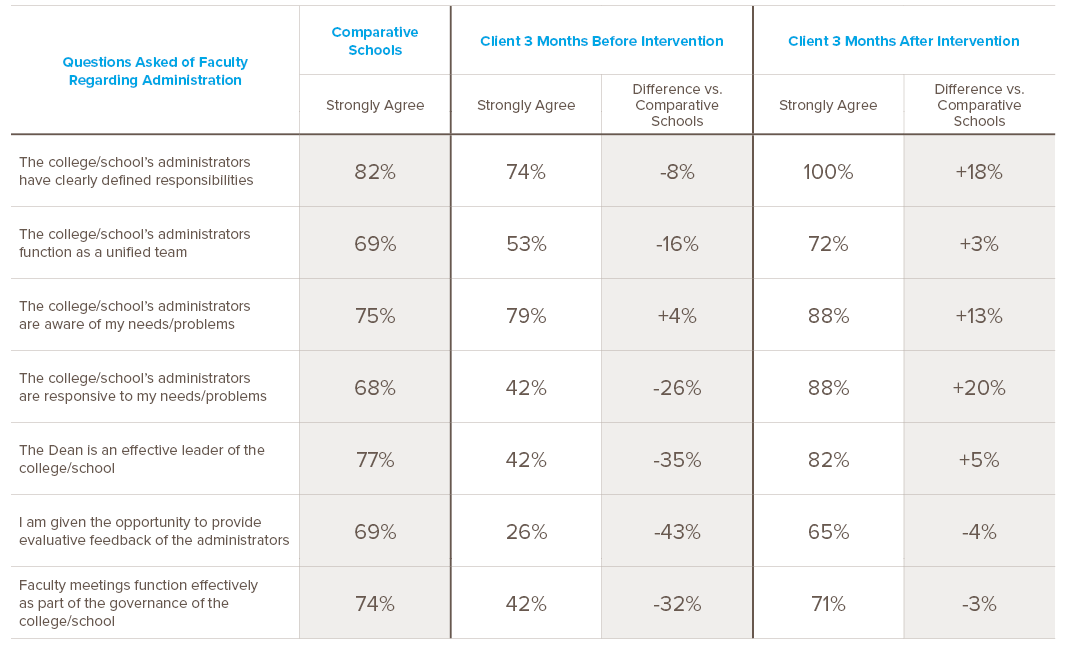