Throughout 2008, the Kansas City, Missouri, Police Department (KCPD), and Fraternal Order of Police (FOP) had been marching headstrong toward collective bargaining. The department and the FOP had both hired attorneys and were prepared for drawn-out conflict. Arbinger-trained facilitators in the Leadership Academy invited Chief of Police James Corwin to read Leadership and SelfDeception and attend an Arbinger workshop. Desperate to prevent the seemingly inevitable battle between the department and FOP and finding in Arbinger the solutions to their challenges, Chief Corwin decided to bring Arbinger to the headquarters level.

“Arbinger is the path forward to shift mindset in law enforcement. It is the way to transform leadership and performance in any organization. The dramatic changes we experienced can happen anywhere. It’s not easy, but it works.”

The attendees of KCPD’s next workshop were FOP members, department heads, and some neutral individuals. The room was arranged so that members of the FOP and members of the department were sitting among each other. Those present described the workshop’s beginning as “icy and hostile.” However, “it wasn’t long before we could see the walls beginning to break down and people starting to connect with the other people in the room,” one participant remembers.

During the second break of the day, FOP members and other members of the department began to talk with each other in the hallway. Officers who had not spoken to each other in years started conversing with each other. At the back of the room sat one FOP member—the Chief’s partner in their first days as officers. Toward the end of the day, the Chief said, “Whatever happened to Jim and Steve? Why does it have to be The Chief and Officer Miller? Why do we have to have that?” By the end of the second day, the Chief announced that the department would not continue to pursue collective bargaining. Instead, he agreed to a “meet and confer” which would allow a solution to be reached without attorneys, an excessive waste of time and resources. When the workshop resumed on the third day, both sides were ready to work together toward a solution.

A week following the workshop, Chief Corwin held a department-wide meeting to announce the mutual decision to cease efforts toward collective bargaining. Because many of the department members had not been present at the Arbinger workshop, they were shocked to see members of the FOP talking congenially and joking with other members of the department. When the Chief announced that the two organizations were no longer pursuing collective bargaining, those who only knew of the animosity that had existed between the two sides were unable to comprehend the reconciliation that was taking place.

In their effort to transform the department, the Leadership Academy “targeted” certain influential individuals. One of those individuals, Chip Huth, sergeant of Kansas City’s 1910 Swat Squad, was invited to attend an introductory Arbinger workshop.

Chip’s 1910 Squad was the most complained-about in the department, receiving on average two to three complaints per month. “Most of the complaints we received for the 1910 squad were complaints regarding the use of excessive force,” said Pearl Fain, lead attorney and director of the Kansas City Office of Community Complaints. “These complaints are extremely expensive for the department,” Mrs. Fain explained. “Simply to process, investigate, and file a case costs the department between thirty to one hundred thousand dollars per complaint, regardless of whether the case goes to litigation.” The standard assumption in law enforcement is that community complaints are the natural cost of high-impact enforcement activity.

The first step to implementing Arbinger in the 1910 Squad was for Chip to transform his own leadership. Looking back on the first workshop he attended at the Leadership Academy, Chip recounted, “I was excited when I first encountered Arbinger because I thought I finally understood what was wrong with everybody else—why everyone else was such a problem! But when I really began to understand Arbinger, it began dawning on me that I had been a problem in ways I hadn’t been seeing.” Chip began to take seriously the complaints and honestly evaluated the conflicts that spawned them. He began to look at how his way of working affected not only citizens but also his colleagues in the department.

Through this process of honest self-assessment, Chip began to see how his leadership was not only exacerbating the problems he was trying to solve in the community, but how it was inviting and creating them as well. The members of his team began to see a difference in Chip. He held himself accountable for his impact in a way that he never had before. His efforts invited change from his team members. The 1910 Squad began to value complaints as a way to diagnose the ways in which they themselves helped create the very conflicts they were trying to solve.

entered a situation already seeing others as objects, they could not help but provoke resistance. As the team continued to apply this newfound respect and deep responsibility to their work, they found themselves seeing the people they were charged to serve—and even arrest—as people instead of objects, even in moments of high-impact tactical intervention. They found themselves asking in difficult and dangerous circumstances, “how can I help things go right for these people and this community?”

The change in the 1910 squad has been and continues to be remarkable. The response of the community has been even more remarkable. Since introducing Arbinger, community complaints have reduced 100%, from two to three per month to zero in the last eight years. The squad has not received a complaint related to a search warrant in 10 years. However, complaints are not the only things that have changed. In the first five years after implementing Arbinger, the 1910 squad recovered more guns, more drugs, and more money than they had recovered in the previous decade. For these exceptional results, the 1910 squad received a special unit citation.

Sergeant Ward Smith, the firearm training supervisor of the department, is an avid believer in Arbinger principles. His collaborative relationship with the KCPD Leadership Academy led to his introduction to Arbinger. Smith believes that Arbinger gave him and his team a working language and sense of personal responsibility that drove them towards changing the culture of the range.

In 2007, Ward became the firearms training supervisor with oversight responsibility for the department’s firearm instructors. At the beginning of the year, he began to notice difficulties in his department. A number of “problem shooters” were not improving with time. In fact, in 2007 there were 147 first-time firearm qualification failures. Of these failures, 16 also failed their second and final attempts to qualify. This kind of performance indicated an alarming decrease in field safety, motivation, and morale in the officers.

“There is a huge difference between the way we used to operate and the way we are now. There is an openness to others and a level of helpfulness that simply didn’t exist before.”

Smith also learned that some of his instructors used high-pressure language to “challenge” the shooters while they were shooting. These instructors felt that shooting under pressure was necessary to prepare the officers for situations they might face in the field, but Ward quickly realized that their tactics were having a destructive effect on shooter performance and motivation. Smith responded, “If we are treating our shooters like this, aren’t we sending them a message? If I come to practice and I continually find that I am put on the left side of the range, or berated by an instructor, don’t I begin to think of myself as a poor shooter? What are we accomplishing by embarrassing them? Could this be why they aren’t showing up to Friday practice to get the help that they might need?”

Smith initially received resistance to his suggestion. However, he began to lead by example. He started to meet with the problem shooters on his lunch breaks and work with them to develop their skill. He received commitments from many of them to come to Friday practices. 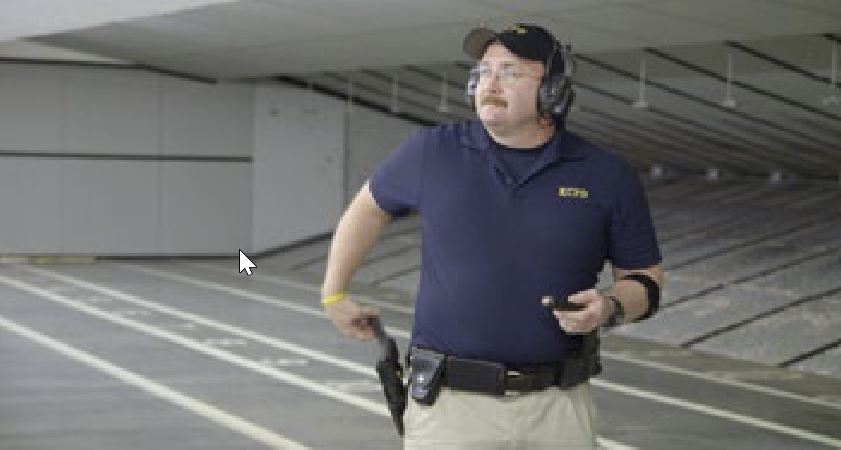 As Smith’s instructors began to follow suit, they also experienced positive results. It did not take long before all the problem shooters in the department began to improve their shooting skills dramatically and actually enjoy coming to the range. In 2012, five years later, there were only 20 first-time firearm qualification failures; all but one passed the test on their second try.

KCPD’s 1910 SWAT, the Firearms Training Department, and others throughout the department continue to report experiences of positive and profound changes, including improvements in tactical acumen, morale, motivation, productivity, and improved relationships between officers and community members.